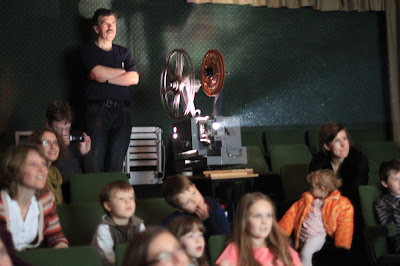 It was a total pleasure to be present for the 25th anniversary of the excellent Robert Burns Centre Film Theatre in Dumfries this weekend. This 75 seat cinema has been run for a quarter of a century by a dedicated crew of passionate cinephiles offering widely diverse films for the local community who obviously love and cherish the film theatre as it deserves. 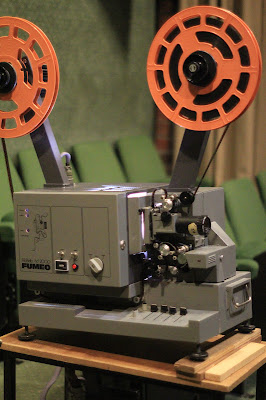 The celebratory weekend's programming including Black Narcissus, A Useful Life, Planes Trains and Automobiles and a fancy dress Skyfall!
We were thrilled to use the cinema's own Fumeo 16mm projector and be facilitated by the RBCFT's dedicated and founding Projectionist, Alex Morris, who was taught how to project 35mm films just three weeks before the opening in November 1987. 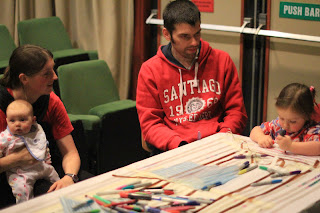 It was an honour to be part of this very special cinema that obviously offers it's community a rich and engaging alternative from the multiplex and in return has a passionate and dedicated regular audience. Hats off to the RBCFT's anniversary and here's to another twenty five years! 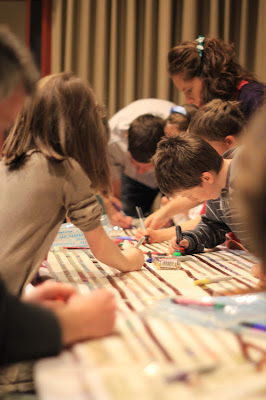 Oh and I don't think we've ever had so much cake at a workshop before - thanks again Jennifer! x 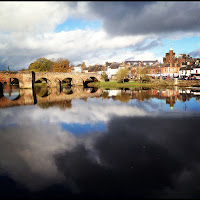 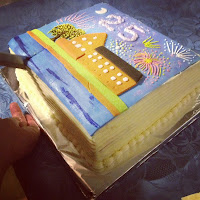 Posted by Unravel -The longest hand painted film in Britain at 15:58 No comments: